The Netherlands was divided into a large number of zones. The number of strips that had to be validated equaled the numbers of zones plus one.

Strip tickets purchased from a driver were more expensive than strip tickets bought in advance. This was to prevent people from buying their tickets in the bus or tram. This would deminishe the chances of delays. The first years drivers didn't sell "small" strip tickets as well. It wasn't possible to buy a single for a short journey. The smallest ticket a driver could sell were tickets with 6 strips. Usually, for a journey in a city only two or three strips were needed. In april 1985 a small scale test started with the sales of 2 and 3-strip tickets. A year later these tickets were introduced everywhere in The Netherlands. 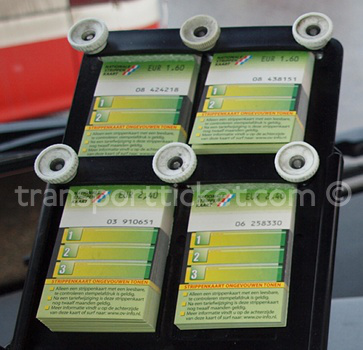 The pages with examples of strip tickets open in a new window: 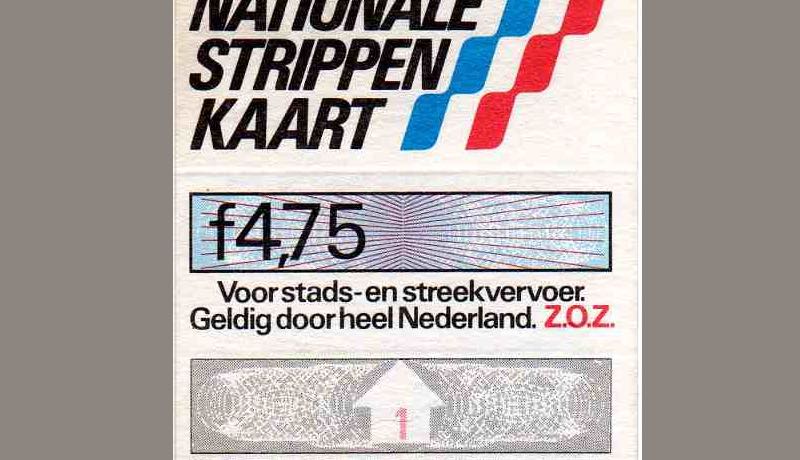 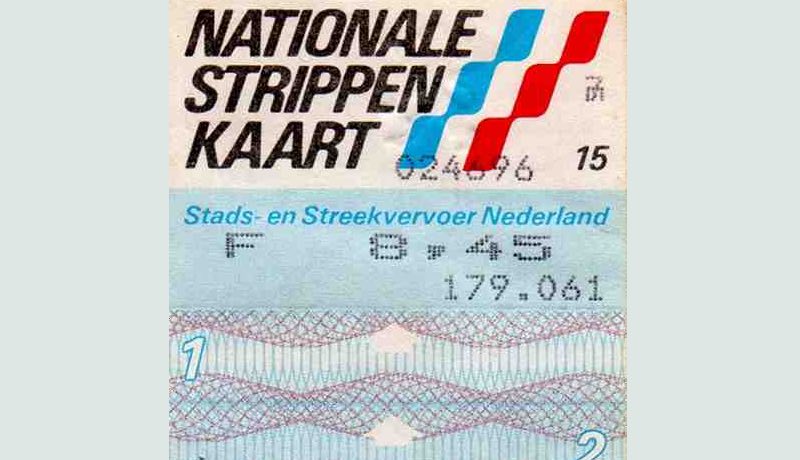 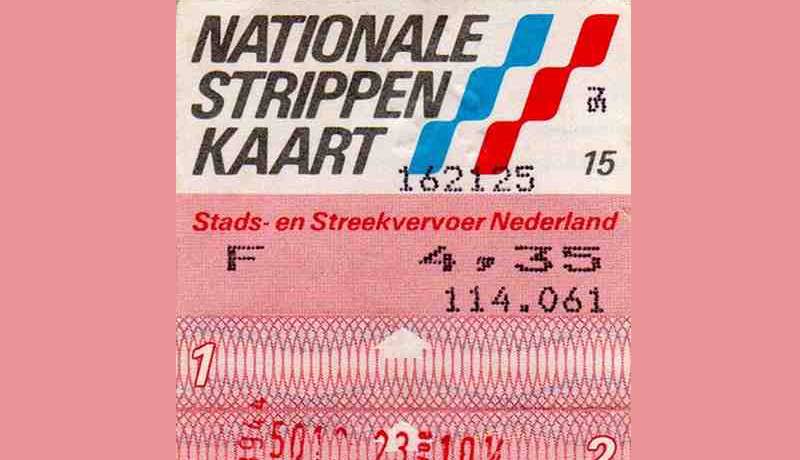 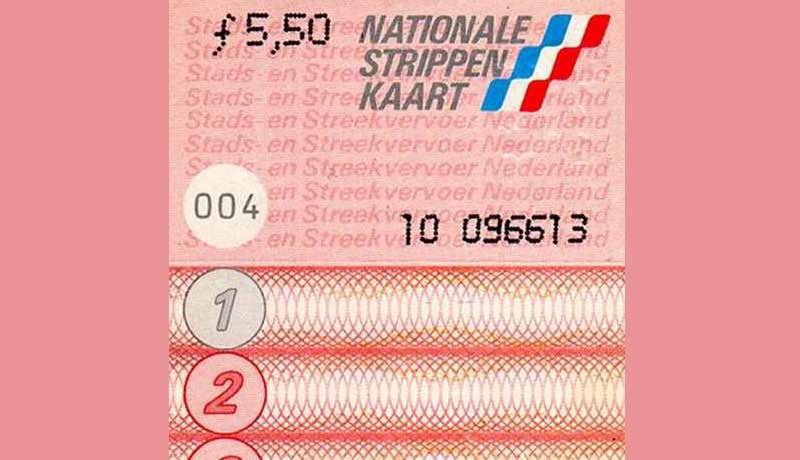 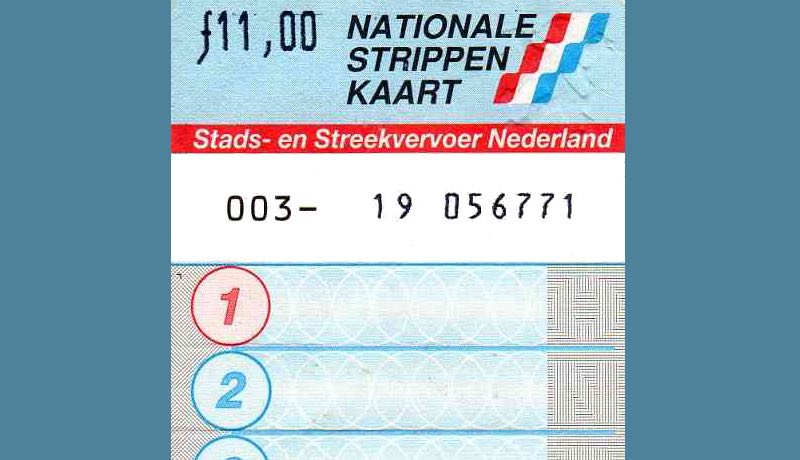 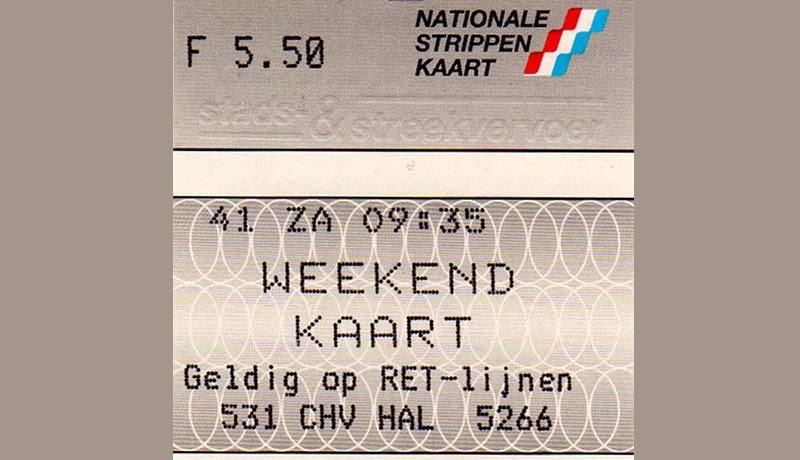 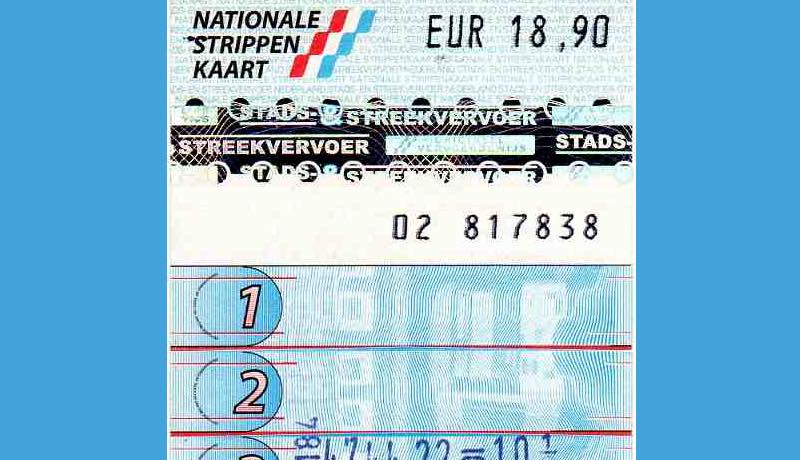 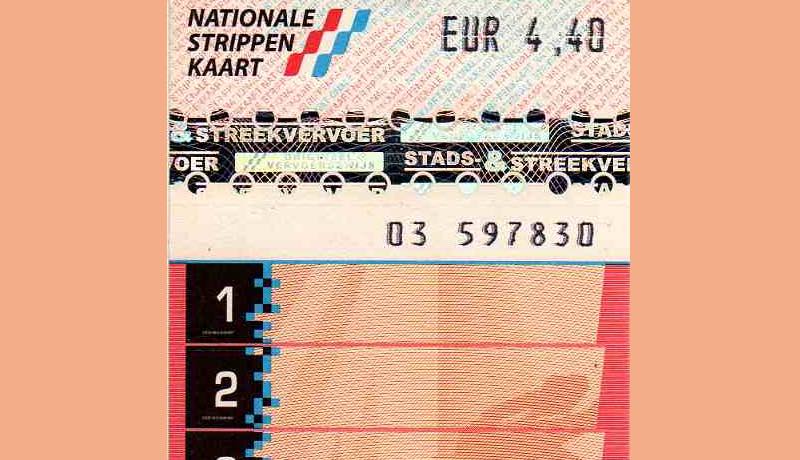 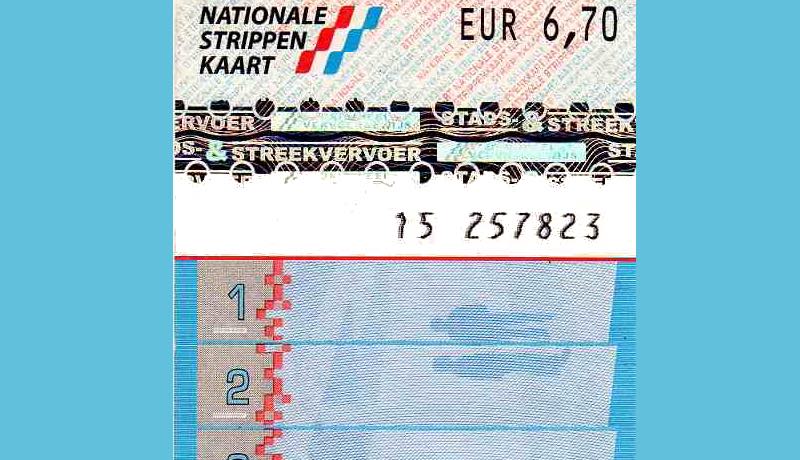 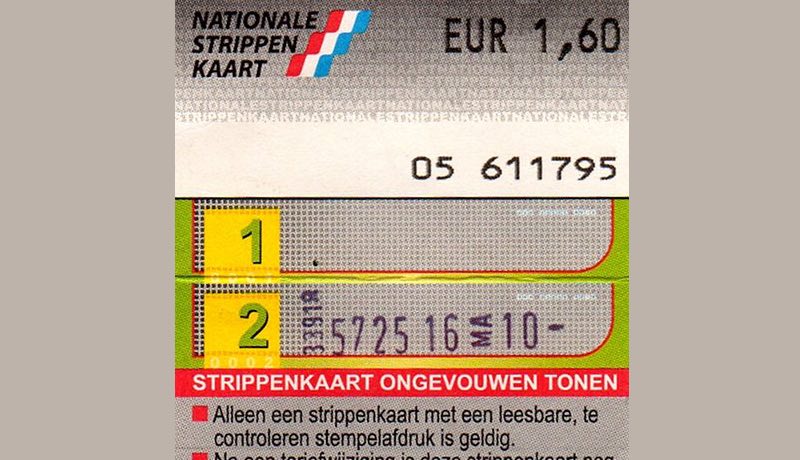 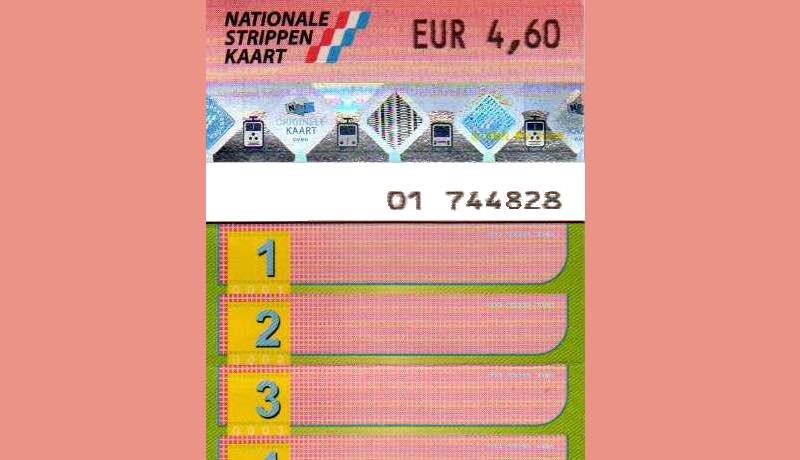 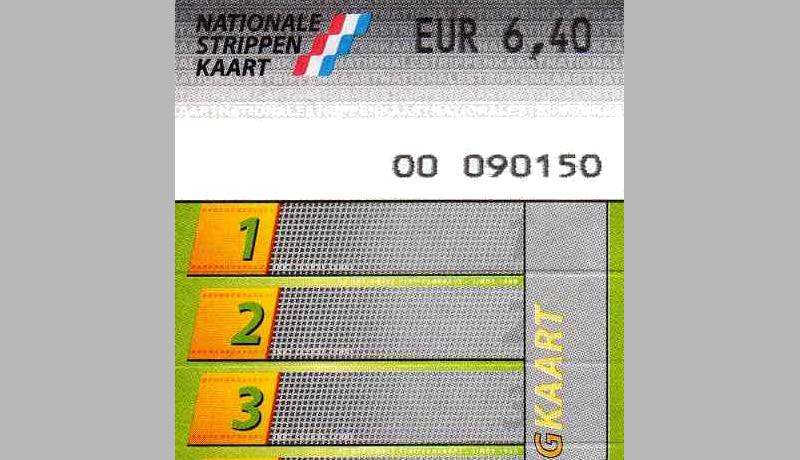 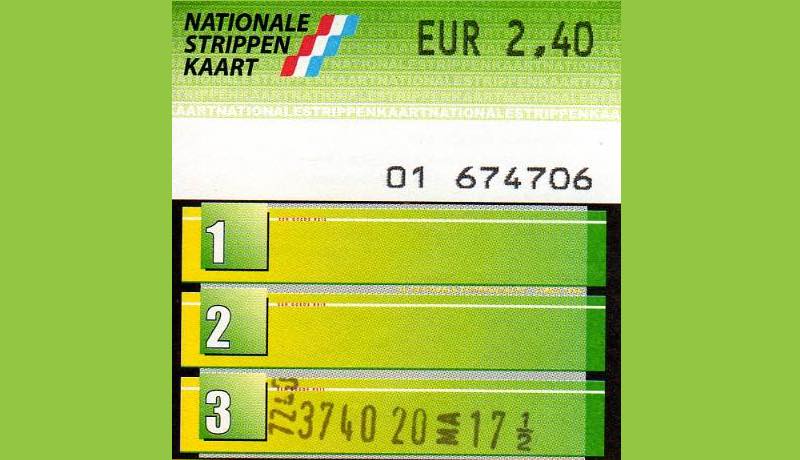 Validators in bus and tram 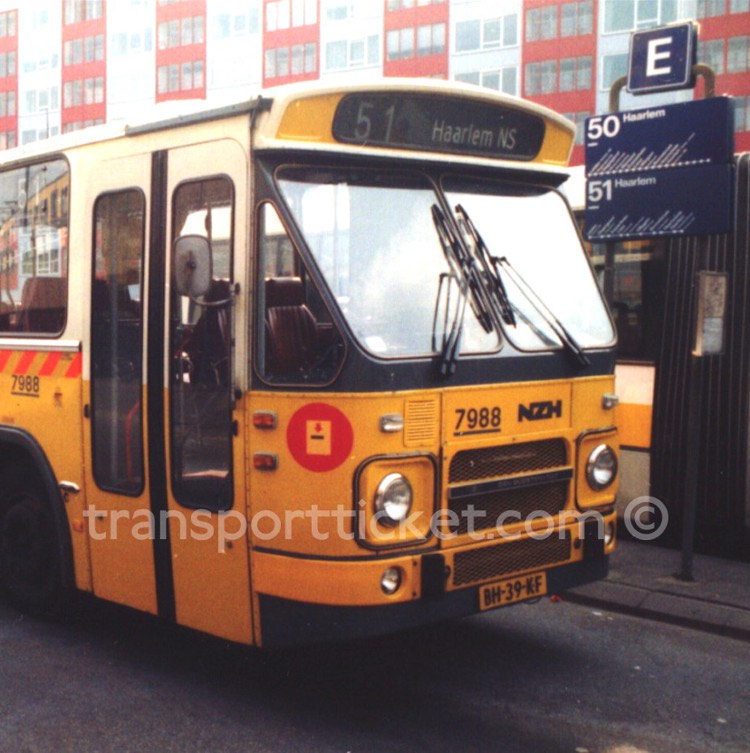 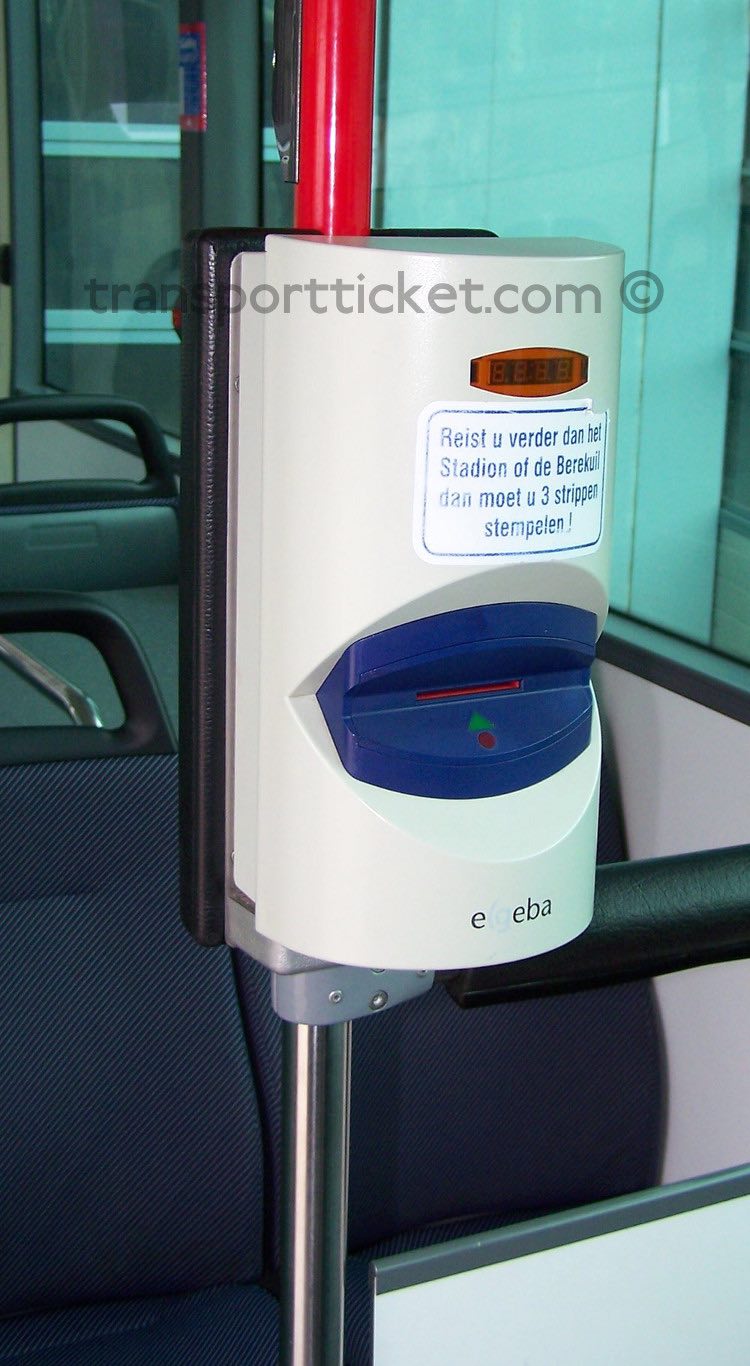 The reduced fare is valid for:

The strip ticket could be used in the 2nd class of several railway lines in The Netherlands and even to Leer in Germany.

Until the introduction of the OV-chipkaart every railway station had yellow validators ("stempelautomaat" in Dutch) for train tickets without a printed date. The validators on the above lines could also be used for validating strip tickets. Usually a sign was added above the validator to show the number of strips needed to a certain destination. 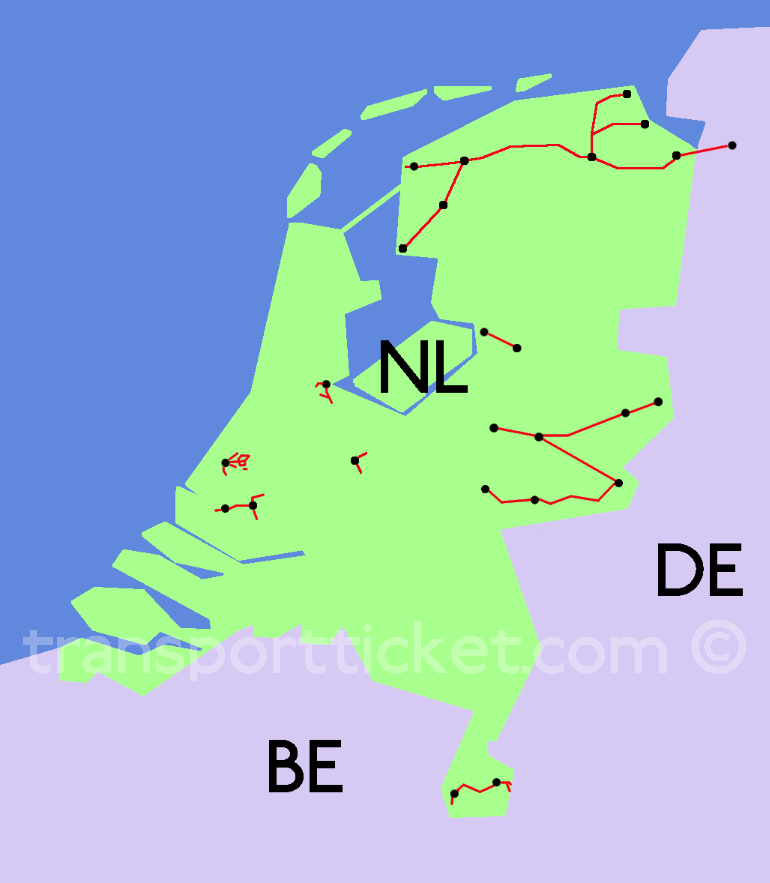 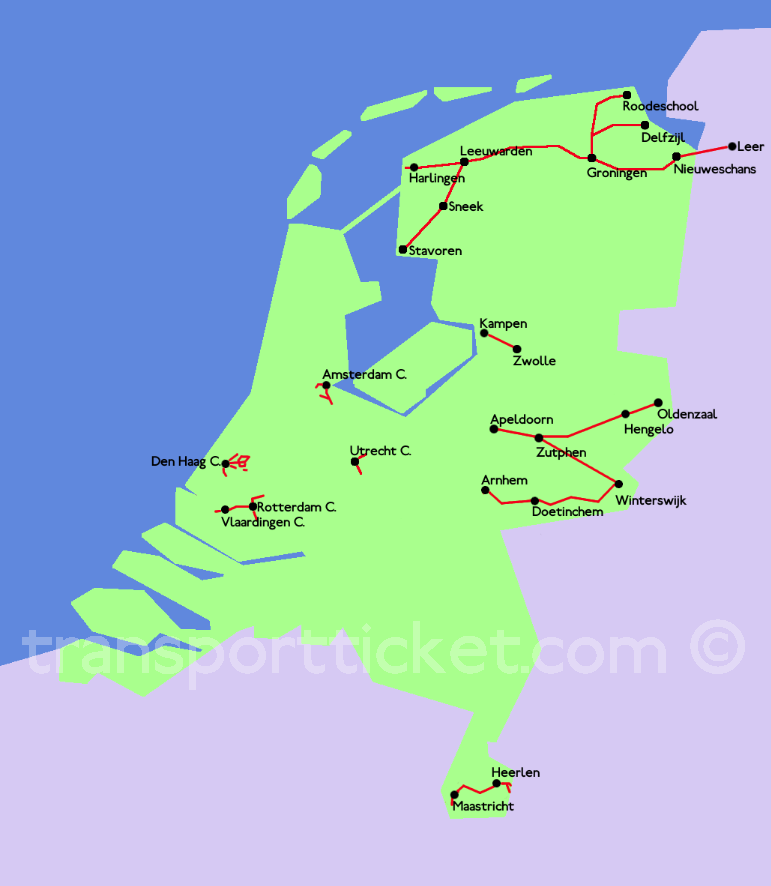 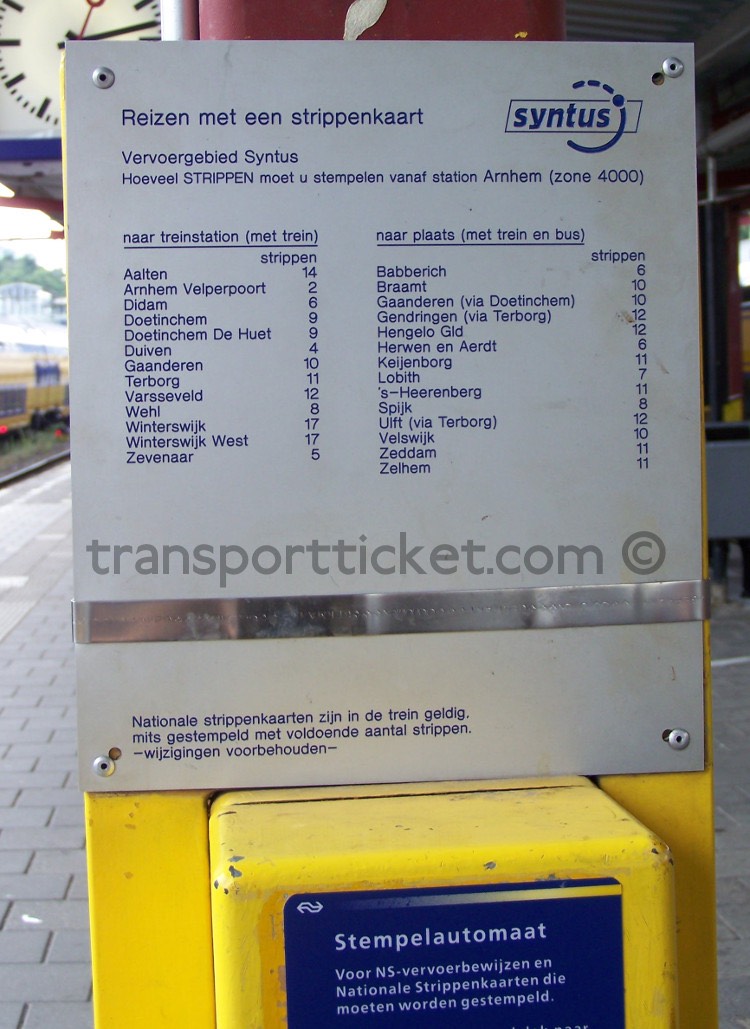 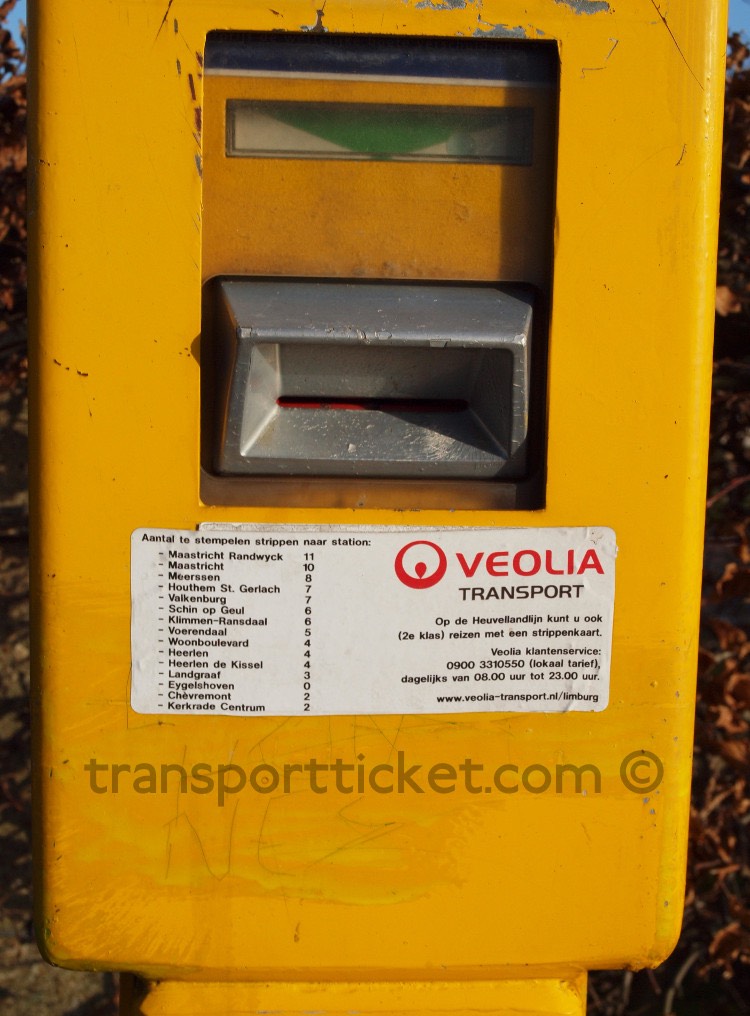 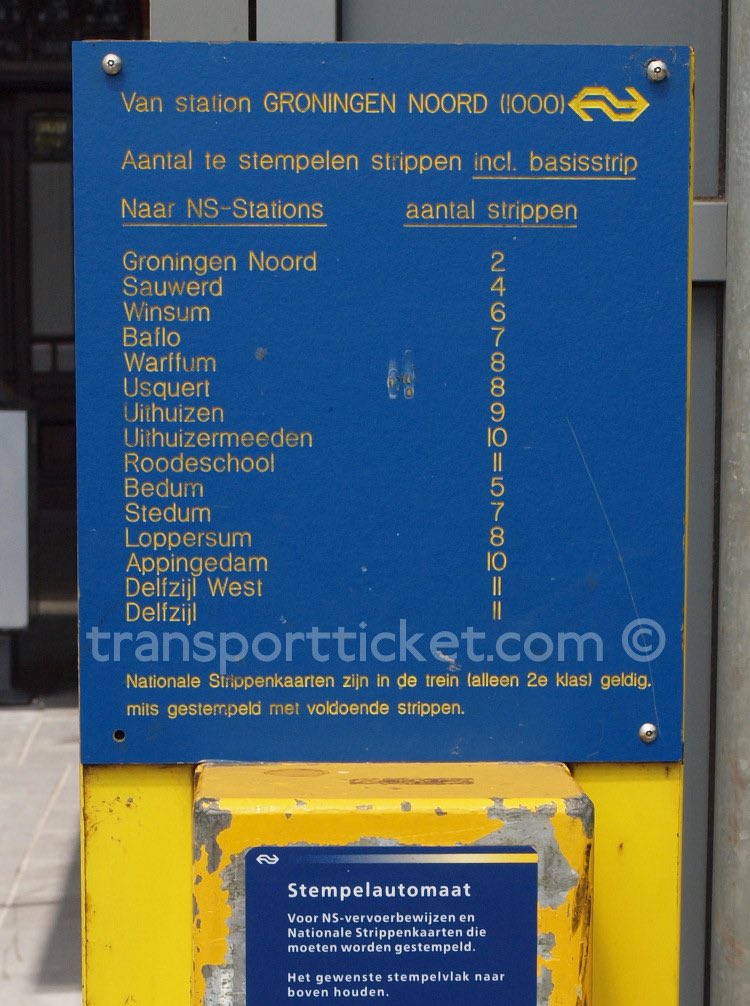 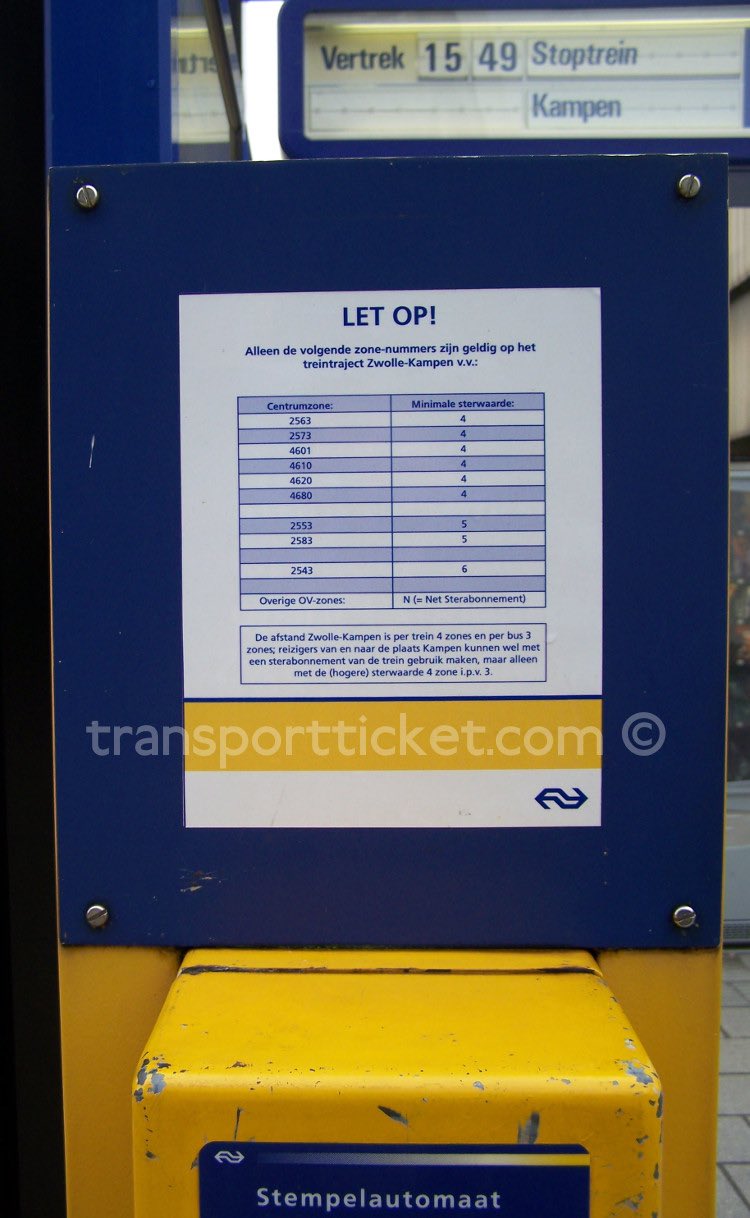 This strip ticket had almost the same validity as a "normal" strip ticket. During weekdays this ticket was not valid between 7 and 9 am. The last day of this promotional activity was March 31st 1988.

Sjakie Schram (1927 - 1989) was a singer from Amsterdam. He became famous in The Netherlands in 1966 with a song called "Glaasje op, laat je rijden" ("Had a drink, let someone else drive"). This song reached the number 2 position in the Dutch charts. In 1980 he released a song about the just introduced strip ticket, "Overal met je strippenkaart" ("Everywhere with your strip ticket"). He released the song for a second time in 1984. The song wasn't successful.

Take a look at the lyrics. [opens in a new window] 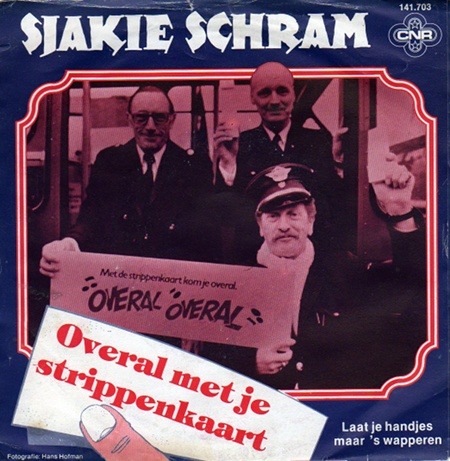 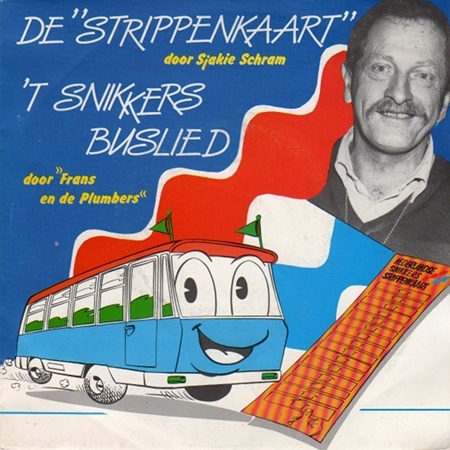 In 1990 Dutch artist Rob Scholte made a screen print of a Strip ticket [opens in a new window] in an edition of 125 signed pieces.

However the province of Zeeland decided to cease the sales of driver sold strip tickets on 1 January 2012. It was replaced by a regional strip ticket which was sold by the driver.